An epochal ‘move to space’ (Olivier 2015) has been articulated by various commentators as a crucial historical turn for all mankind, from Sputnik, through the Apollo missions to the recent realigning of NASA’s primary mission from Space Exploration to Space Settlement (Augustine Commission 2009). The effect of images of Earth from Space has produced ‘globe talk’ (Lazier 2011:606) where horizons of social worlds are now planetary in scale. These universalising rhetorics nonetheless also hide the hegemony of normative frames of reference used to define humanity’s ‘final frontier’, along with the concept of ‘humanity’ itself.

David Valentine (2012) describes how Space demarks a spatial edge used to distinguish the limits of the globe, which can be both revealed and transcended by techno-science. Space exploration then, is able to act as an ‘empty signifier’ (Ibid) holding the promise of a spatial fix to the future of humanity whilst simultaneously delimiting this same future as it masks the endurance of the forms of relations it claims to transcend. As Debbora Battaglia suggests, the figure of the extra-terrestrial is a symptom of failures to critically understanding the conditions of social life (2005:9), perhaps symptomatic of an inability to conceive of an adequate ‘constitutive outside’ (Butler 1993), which is often a euphemism for a political or social ‘other’.

The binary that extra-terrestrial implies may thus also be contested ethnographically. For example, Suzanne Blier (1987) has observed how dwellings of the Batammaliba track the passage of celestial ancestors through various light apertures whilst Lisa Messeri (2016) notes how Mongolian shamans have been visiting space for many years. Authors such as Alice Gorman (2005), Peter Redfield (2002) and others note how the local world of Space Centres, rocket launch sites or telescopes assume ‘translocal’, often neo-colonial, dreams (Redfield 2002:808) effacing local concerns. And whilst Soviets and Americans positioned Space as a location to enact utopian futures, different kinds of utopian ideological expansions may also occur through modern space narratives in places such as Ghana, China and Brazil.

What can we make of the new space race ethnographically? How would the consideration of relations between earth and off-earth life enable a fruitful theoretical development of social science enquiry? And, ultimately, in what ways can Anthropology think through the political, the material and the transcendent dimensions of an epochal turn to Space? In this workshop we will investigate the heuristic devices used in the creation of new forms of connectedness and separation that a relation with the extra-terrestrial could enable.

The abstract and full-text of my doctoral dissertation, ‘The Charming Science of the Other: The cultural analysis of science in search for life beyond earth‘ is now available to download from Durham e-Theses.

Abstract: This dissertation presents the cultural study of scientific search for extraterrestrial life conducted over the past sixty years by the scientific community. It introduces an original piece of research that conceptualises the extraterrestrial life hypothesis as a significant part of the general world-view, constantly shaped by the work and discoveries of science. It sheds light on the ways in which alien life is imagined and theorised and presents its concept in both the scientific community and in popular culture. Drawing from anthropology of science it offers elaboration of ‘culture of science’ and ‘scientific culture’ and describes the scientific search for other life as a specific culture of science, here referred to as ‘charming science’. The three scientific search methods: message sending, analysing of cosmic signals and the search for extrasolar planets are conceptualised as the three search modes: messaging, listening and exploring respectively.

This work introduces the extraterrestrial ‘Other’ as a profoundly cultural concept, firstly presented as the missing subject of ‘charming science’. Exploration of public understanding the extraterrestrial life and popular imagination of the ‘Other’ is intended to introduce the scientific search in broader social context and address the role of science in contemporary Western world. The dissertation draws on the multi-sited and multi-method ethnographic fieldwork conducted over two years in the UK. The research methods included interviewing (semi-structured face-to-face interviews and interviews conducted via email), participation (conferences and scientific meetings), and data collection from the global ‘online’ community including social networks.

Dr. Klara Anna Capova, social anthropologist working in science & technology studies, anthropology of outerspace, and the founder of Space Cultures, will be talking about social dimension of space exploration and search for life beyond earth tonight at 6:30 pm, BBC Two, in Portillo’s State Secrets.

According to the official BBC Two Portillo’s State Secrets website, in this episode Mysteries, Michael Portillo unearths documents from the National Archives revealing the original letter that gave birth to Jack the Ripper, the mysterious disappearance of a wartime hero and the secret UFO files kept by the Ministry of Defence.

Would humans be able to decode information-rich signals from another planet? Could we create a “universal language” that would be meaningful to an independently evolved civilization? To help answer these questions, on November 10-11 the SETI Institute will convene a multidisciplinary, international workshop at its headquarters in Mountain View, California. Speakers from six countries will draw on disciplines ranging from astronomy and mathematics, to anthropology and linguistics, as they debate the best ways to create meaningful messages. While the two-day workshop is closed to the public, all talks will later be posted on the SETI Institute’s Youtube channel.

For over a half century, astronomers involved in the Search for Extraterrestrial Intelligence (SETI) have scanned the skies for signals from distant civilizations. Would humans be able to decode information-rich signals from another planet? Could we create a “universal language” that would be meaningful to an independently evolved civilization.

iWhile the two-day workshop was closed to the public, all talks were posted on the SETI Institute’s Youtube channel. On the day following the workshop, several of the speakers summarized the key ideas discussed as part of the SETI Institute’s public weekly colloquium series, held on November 12, at 12:00 noon.

Paul Patton opens the third part of the report by saying: “If extraterrestrial civilizations exist, the nearest is probably at least hundreds or thousands of light years away. Still, the greatest gulf that we will have to bridge to communicate with extraterrestrials is not such distances, but the gulf between human and alien minds. In mid-November, the SETI Institute in Mountain View, California sponsored an academic conference on interstellar communication, “Communicating across the Cosmos“. The conference drew 17 speakers from a variety of disciplines, including linguistics, anthropology, archeology, mathematics, cognitive science, radio astronomy, and art. In this installment we will explore some of the formidable difficulties that humans and extraterrestrials might face in constructing mutually comprehensible interstellar messages.”

To read full article go to Communicating Across the Cosmos, Part 3: Bridging the Vast Gulf. 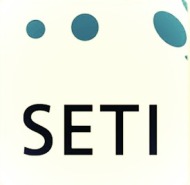 Since it was founded in 1984, the SETI (Search for Extraterrestrial Intelligence) Institute in Mountain View, California, has been a principal American venue for scientific efforts to discover evidence of extraterrestrial civilizations.

In mid November, the institute sponsored a conference, “Communicating across the Cosmos”, on the problems of devising and understanding messages from other worlds. The conference drew 17 speakers from numerous disciplines, including linguistics, anthropology, archeology, mathematics, cognitive science, philosophy, radio astronomy, and art.

This article is the first of a series of installments about the conference. Today, we’ll explore the ways in which our society is already sending messages to extraterrestrial civilizations, both accidentally and on purpose … full article available from Part I. Communicating Across the Cosmos, Part 1: Shouting into the Darkness. 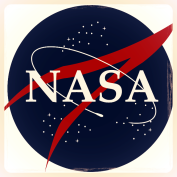 The Sound of Space workshop report ‘The Sonic Dimension of Outer Space, 1940–1980’ including a note about my presentation is available from the News & Notes: the NASA History Program Office’s Quarterly Newsletter.